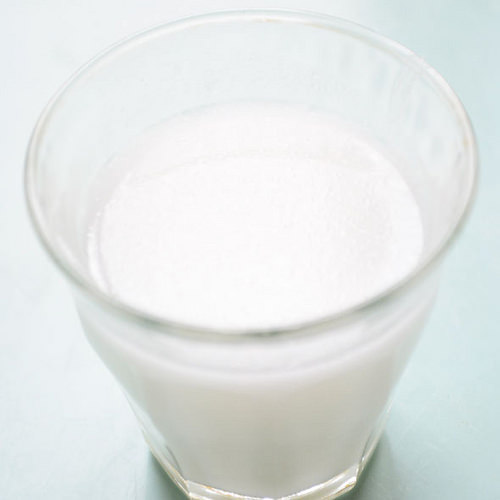 Deciding on the best beverages to drink before, after, and during a workout is important. People need to stay hydrated, and they also need to make sure that they are able to get enough energy to get the most out of their workout routines. While lots of people will consume beverages that are loaded with carbohydrates as a result, it’s often a better idea to use beverages that are high in protein as well. The body can really only use carbohydrates for physical energy. Protein can be used for energy, and it can also be used in order to build muscle. People usually want to burn energy and build muscle as a result of their workouts, and drinking milk or protein shakes can help them achieve those goals.

There is a lot of debate in the fitness community about which types of beverages to consume prior to a workout or after a workout. Some people just say that drinking water is for the best. Other people say that it is important to actually consume something that has more substance to it. People who are trying to build muscle and not lose weight are better off when it comes to consuming milk or protein shakes prior to a workout or after a workout. They should be replacing some of the nutrition that they’ve lost. Still, there are lots of disagreements about consuming milk or protein shakes.

There is a lot of focus these days on consuming food that is more natural. Many people are eager to get rid of the foods that are high in unnatural chemicals. Milk is going to be the clear winner over protein shakes in that regard. Milk is one of the safest and healthiest beverages that people can consume, especially if they specifically focus on organic milk. Many people are going to appreciate the opportunity to have a particularly healthy lifestyle by focusing on beverages like milk.

Milk also does have some carbohydrates, so it is going to be a natural beverage that has a lot of what people will need before and after a workout. Many people will find that it is easier for them to get their blood sugar back up as a result of drinking milk. Milk is loaded with calcium, which is something that people can lose over the course of working out, making milk that much more valuable as a pre-workout or post-workout beverage.

However, there is no getting around the fact that milk is not particularly high in protein, and a high-quality whey protein shake is going to have a lot more to offer the people who are trying to build muscle following a workout. People need to consume a lot of protein during training. In many cases, this means taking protein supplements. It is just very difficult for people to be able to get comparable quantities of protein through their typical diets alone, and a whey protein shake can really make all the difference.

It is possible to get whey protein shakes that are relatively natural and that are not going to add a lot of chemicals to a person’s diet. As such, people who are concerned about consuming only the healthiest beverages during training are not necessarily going to have to worry too much about what they can get from whey protein shakes. Many people in the fitness community are worried about these issues, and they can usually recommend some of the best whey protein shakes on the market.

Ultimately, whether people choose milk or protein shakes will depend on a lot of factors, including their fitness goals. Some people are just trying to maintain and stay healthy, and they are not going to need all of the protein from whey protein shakes. Other people are specifically in training and they are focusing on building muscle. Some people might have food allergies or food aversions that will make using either milk or whey protein shakes problematic for them. It’s important for people to choose what is going to work for them, since nutrition is probably far more personal than a lot of people think. Deciding on milk versus protein shakes might be a matter of individual experience.